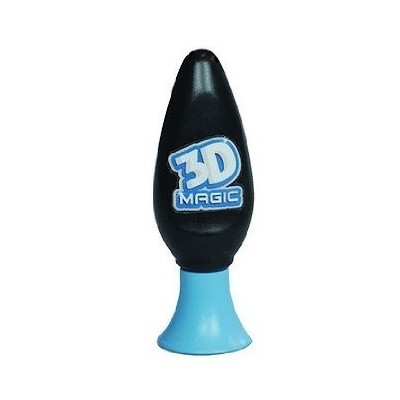 Make your own 3D models with the 3D Magic Maker

Use the moulds or freehand.

Build more 3D masterpieces with this 3D Gel refill pack. 7 different colours to collect, allowing you to design and create colourful 3D designs. Each pack comes with three colourful gels to help extend your 3D Magic world and build more creations. The 3D Maker is a revolutionary toy that allows you to create 3D masterpieces from scratch using gel pens and the UV creation station. Children are able to make their 3D creations in four simple steps. Step 1; place coloured UV gel into a mould. Step 2; place the mould into the UV Creation Station to cure the ink. Step 3; take the plastic pieces out of the mould. Step 4; Build a 3D creation by connecting the pieces together, using the gel as a glue and place back into the 3D creation station to finish your creation. You must have the 3D Magic 3D Maker starter set which includes the 3D Creation Station to create your 3D models; the gel refill pack allows you to extend the play once your gels have run out. Age 6+