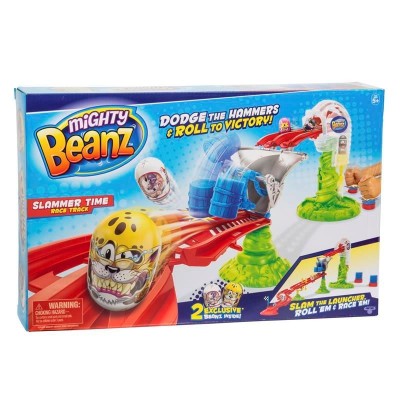 "Roll up and join the team, say hello to Mighty Beanz! The collectable Beanz that come alive! They flip, they tip, they roll and topple. Mighty Beanz are Mighty unstoppable! They’re the Beanz with the face that you can race!The Mighty Beanz Slammer Time Race Track is the ultimate race challenge! Dodge the hammers and roll to victory! It's the only race track with slam starting action! Load your Mighty Beanz into the rocket launchers. Your Beanz are now set for a slamming start! READY! SET! SLAM! Slam your fist down onto the bellows and shoot your Beanz up the chamber and onto the racetrack! Dodge the Slammin’ Hammers or become a battered bean! Will you survive the crazy crossover? Be the first bean home and raise the flag? Or fall through the loser’s trap door? IT’S A RACE FOR MIGHTY BEANGLORY! Comes with 2 exclusive Mighty Beanz!" 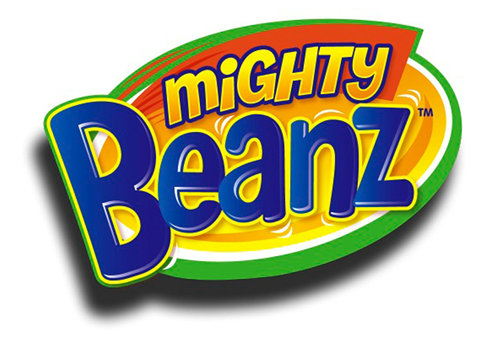