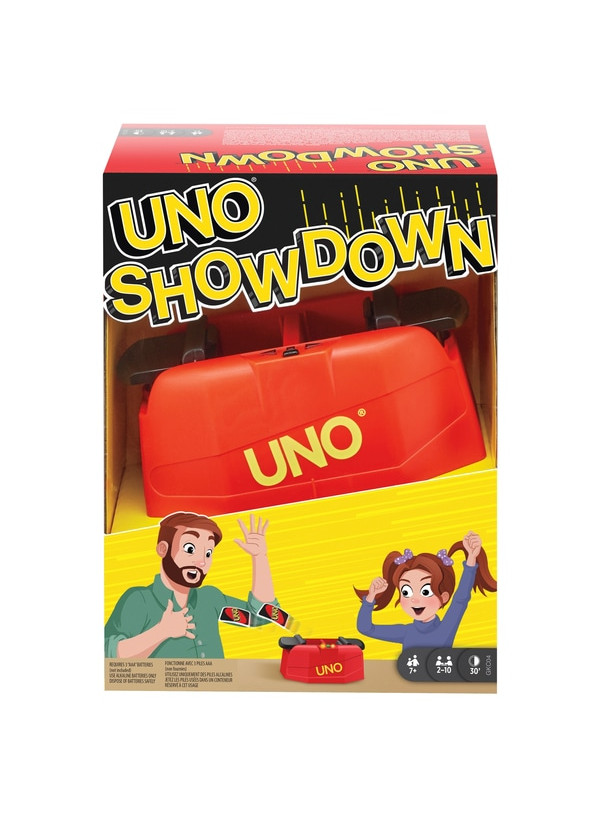 UNO Showdown is the universally popular card game, enhanced by the surprising excitement of competing for the fastest card throw! When the light flashes and the signal from the UNO showdown device is triggered, speed is required to be the first to press the button. The one who reacts the fastest wins the showdown and lets cards from the UNO showdown device shoot at his opponents! Players try to place all their cards as quickly as possible so that they match the card at the top of the deck. As soon as players only have one card left in their hand, they must shout "UNO!