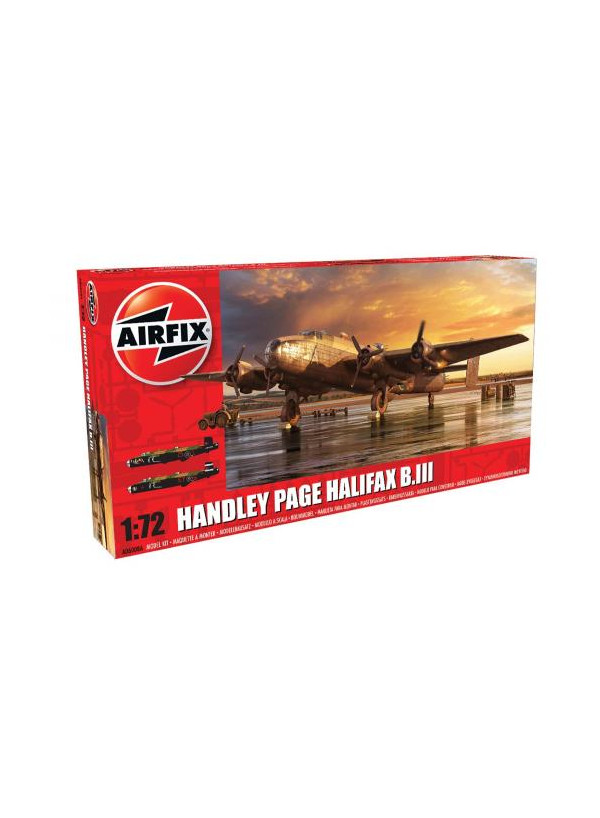 The first types of Handley Page Halifax, the Marks I and II, were fitted with in-line engines and triangular fins and it was not until 1944 that the radial-engine Mark III appeared. The Halifax B.III, in addition to its more powerful engines and redesigned tail unit, featured much heavier armaments than the earlier aircraft and a greatly improved performance. When production ceased in 1946, 6176 Halifaxes had been produced, and over 2,000 of these were the B.III variant. The Halifax B.III was powered by four Bristol Hercules XVI engines, each of 1,675hp, giving a maximum speed of 451.20km/h and range of up to 3,176km. Bomb load was 5,895.70kg, up to 4535.90kg being carried in the fuselage and 1380.75kg in the wing bomb cells. Defensive armament consisted of nine machine guns