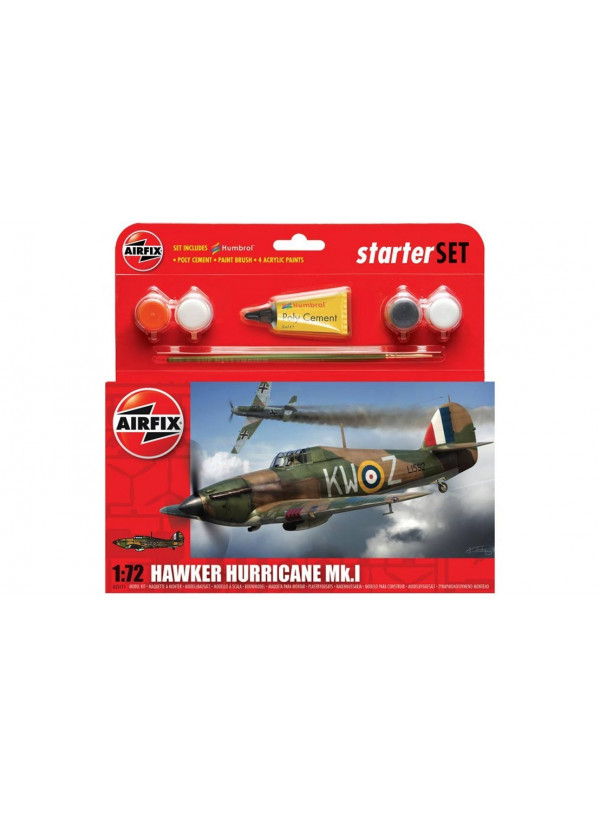 The Hurricane was developed as a replacement for the RAFs pre-war bi-plane fighters, such as the Hawker Fury and Gloster Gauntlet. Considered revolutionary when it was unveiled in 1935, by the start of WWII the earliest versions with fabric covered wings and two bladed propellers had fallen behind the performance of the best German fighters.

Nevertheless, once fitted with 3-blade propellers these early Hurricanes were very successful during the Battle of Britain in 1940.