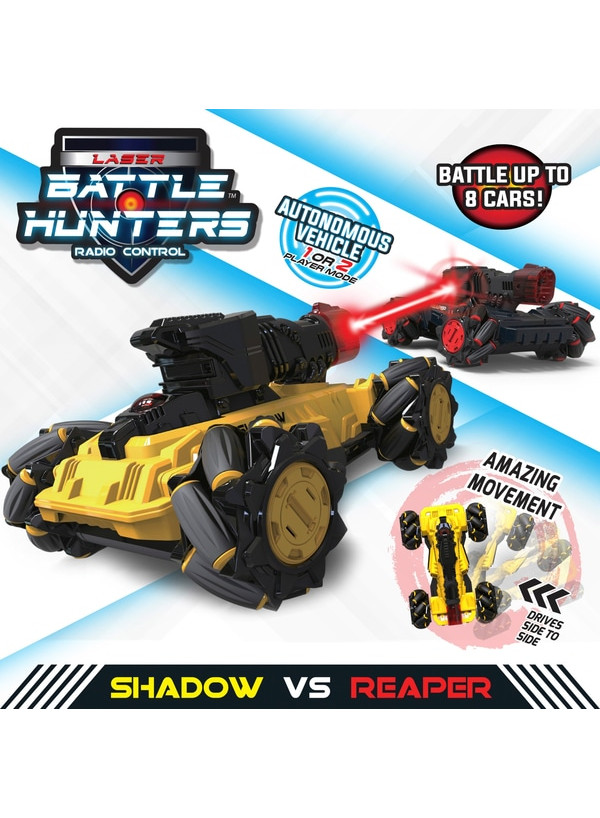 Get ready for radio-controlled combat with Laser Battle Hunter vehicles. Take control of Shadow or Reaper and hunt down your opponent with laser cannon action. Each vehicle races with multi-directional 4- wheel drive, super-fast speeds and crazy drifts.

Use the built-in infrared cannon to out blast your opponent. Hunt your enemy, take aim at the rear of their vehicle and fire with impressive cannon recoil. Blast your opposition 3 times to win. Each hit triggers explosion sounds and sends your vehicle shaking.