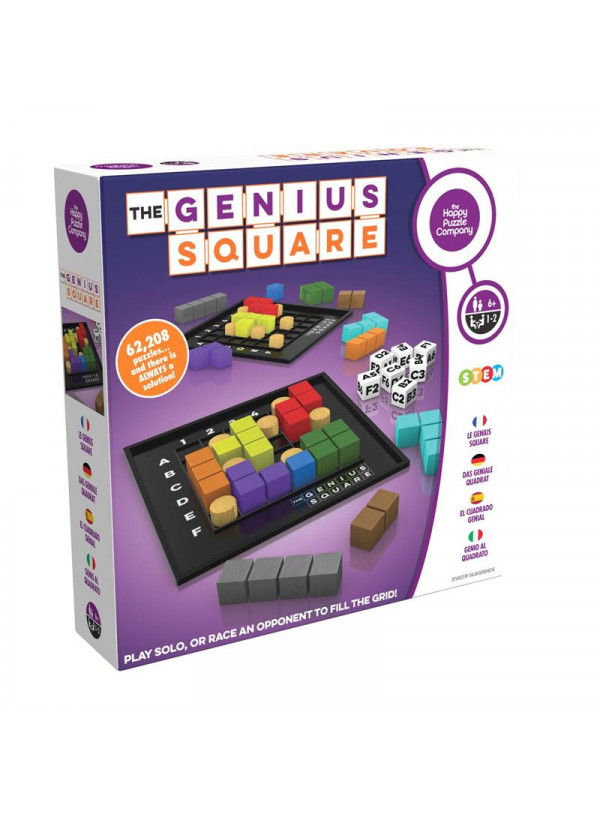 The aim of each of the 62,208 possible puzzles is to complete the square using the nine coloured shapes, once the seven ‘blockers’ have been positioned. There may be times when it seems impossible, but there will ALWAYS be at least one solution… and that’s why it’s called The Genius Square!

Each player receives a Genius Square grid (two are included) and a set of nine coloured shapes, plus seven ‘blocker’ pieces. Roll all seven of the dice together and place a ‘blocker’ piece into the squares matching the seven co-ordinates that appear on the dice. Now race your opponent to fill every other space on the grid using the nine shapes.

There are 62,208 possible combinations in which the dice can fall. Using a specially devised computer programme, we have confirmed that all of them have at least one possible solution. Some combinations will be easy to solve, some much harder. It’s all in the luck of the roll of the dice.

As soon as somebody finishes first, roll the dice and play again! You can play alone and challenge yourself against the clock!